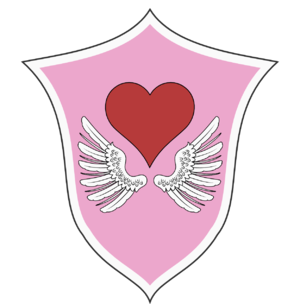 The Courtesans of Atharia are considered to be servants of the Gods and some of the most skilled socialites of all of Atharia. The Courtesans are believed to be blessed by the Gods so it can often be viewed as more of a scandal not to have one of the Courtesans on your arm than it is to have one on your arm than it is to have one on your arm. Courtesans are also considered to be part of the Clergy, even though they act completely independent of the rest of the Clergy. The only time the Courtesans step in is when the Head Courtesan needs to break a stalemate with the Archbishops. Courtesans do not have to be any specific gender: male, female, and anything in between is perfectly acceptable. Also, Courtesans can be originally be royal, noble, or common. They 'throw off' the rights and privileges of those stations in favor of what they get from being a Courtesan, which in some cases might be viewed as better. While Courtesans can keep using their family names but to behave like they are still common, noble or royal and taking what is given to such positions is considered a division of loyalty and an affront to the Gods and the Courtesans, as they are giving up their kingdoms, families, and so one to be a Courtesan in the service of the Gods.

There are some view points people have about the Courtesans one is that hiring a Courtesan can result in to very good things happening, whether it is true or not is unclear. Many swear that after hiring a Courtesan their lands became more fertile, the deals they were making succeeded even though it seemed like it would fail, a political connection was created, someone found their 'true love'. There is not much to back these claims as it could be just coincidence that the positive events happened or it could be that Courtesans are truly blessed by the Gods. It is also viewed that the social skills of Courtesans are unmatched. They are considered the masters of social settings, even if they 'specialize' in a specific type of interaction. For example someone might excel at handling diplomatic matters but not the greatest at small talk, yet still skilled at it.

Just to note, Courtesans generally are brought into the folds of courtesans before they become an adult, though there are exceptions, to assure they live up to the reputation of Courtesans being the gurus of socializing. Though there is no specific age they join it is generally when they can fully decided that it is the life they want, as no one is forced into joining them, which, in Atharia, is typically around 10. They can be younger or older but more often than not 10 is the age they begin their training as a Courtesan. Being an adult and becoming a Courtesan is no easy task, it could border on impossible. They have to prove their social skills are on part with even the youngest of Debutantes but mainly the high end Courtesans, that they can give up their ties to their family, especially if they have children, just as they are expected when young, and have to explain what benefit they would be since it is likely that they have already 'debuted' to society. After all, they have likely been a 'star' of some sort of event. Ultimately, an adult needs to show that being a Courtesan is not some random whim or being done because they didn't succeed at getting a thing they want. Joining the blessed Courtesans is not something people do as an after thought. Courtesans can debut into being an official Courtesan, after turning 18 (which is adult age), at any age. Though Courtesans in their late 30s or early 40s get a bit of a side eye and wonder if they have something wrong with them, it is not actually a big deal. Also, payment to Courtesans is not always monetary. It can take the form of favors, connections, gifts, etc. If the Courtesan, and potentially the Head Courtesan, considers the payment worthy they will accept anything. What is worthy can vary Courtesan by Courtesan. There is even incidents no payment is asked for due to who is claiming the Courtesan but even then a gift of some sort is typically given. Those who don't compensate in some form, even the 'freebies', are often considered a low priority to accept as a client. Courtesans do not have to worry about monetary payments due to the fact the Clergy, the Kingdoms, and Charities support them.

One very important thing is that Courtesans are not there for just sex, even though it can be part of their offerings, and those that treat them as such, when the Courtesan doesn't make it clear that is their preference, is against the law. What happens to a person who does this can vary due to how offended a Courtesan feels. Though, not even Courtesans can get away with asking for denoblement nor would they expect such things for being treated like a sex object. All Courtesans can refuse a 'happy ending' and be free of punishment for it. This includes Debutantes in their Debut. Anyone who tries to scorn a Courtesan for opting against a happy ending or tries to force it, and if it is a game it is expected to be kept out of the public eye, are the ones who will be turned against.

Debuts of new Courtesans are used as a method for both nobles and the Head Courtesan to gain favors. To enhance this notion who can try to gain a Debut is restricted to royalty and titled nobles and their heirs. The claiming of a Debut for someone is making it clear some sort of deal has been made between the claimer and the Head Courtesan, one that seemed to be the most beneficial to the head Courtesan. The winning of the Debut is very much a symbolic thing over actually needing to do anything, on either side. The winner could give their new Courtesan to another (since the Debut claiming doesn't have to have anything to do with gender preference) or someone the Debutante was hoping would get them, but still retain the favor gained. A note, while a Debutante doesn't have to be consulted or even have a say in the chosen winner or when it is held, they can bring it up to the Courtesans above them or the Head Courtesan and mention their preferences with no concerns for repercussion and can be confident that it will, at least, be considered.

Debutantes are generally expected to be virgins (as in no sexual interactions beyond MAYBE a little kissing and touching) but it is not a deal breaker, though, it is preferred due to tradition and granting the right to their first time being formally presented society and/or their first time being with someone to the winner of the Debut. The reason virginity is held in high regards by Courtesans is because they believe, and considered fact by former royals and nobles due to their memories of past lives, that the very first Courtesans gave their first time to the Gods in their seeking of blessings from them and in hopes it would be one method to break the Curse put upon the people of Atharia. While it didn't break the Curse it does seem to have resulted into being blessed. Why else would people believe that they are blessed by the Gods? Since then, anyone who becomes a Courtesan is considered to have the favor of Gods.

The Debut of a Courtesan being 'ruined' by actions taken by the Debutante and any others involved can result into severe punishment to those involved. A Debutante who takes actions that is clearly 'spiting in the face' of being a Debutante (being more than a guest at balls, parties, official settings, being on the arm of someone as a courtesan over just a person, etc) faces being removed as a Courtesan and returned to their family, considered a shame and very dishonored. The family of the Debutante that besmirches is expected to compensate the Courtesans for the actions of the Debutante. The former Debutante is banned from ever hiring or returning to the services of Courtesans. Those that aided/took part in the ruining of a Debut do not get off untouched either, no matter who they are. They are also banned from ever hiring the services of Courtesans and are often shunned by society in general for disrespecting those believed to be favored by the Gods. Their family (or families if more than one) is expected to compensate the Courtesans, greatly, for the destruction of a Debut. This punishment even extends to royalty, including the Kings and Queens.