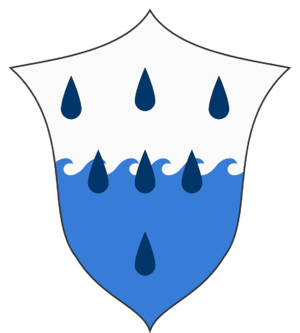 Motto: Everyone needs someone who will do what they will not do. We do what must not be spoken of.

Story: The Whitewater family has always acted as the shadows of the other noble houses of Choisi. When something less savory needs to be done, the Whitewaters are the ones that are called on. Every kingdom needs someone to be the bad guys in their world, right? Whitewater Barons often die under mysterious circumstances. Perhaps it is a right of passage for the next Baron. The Whitewaters are the first Barony of Choisi kingdom. They are ruled by Baroness Keeley, she is the fourth Baroness of the family.

Family Hook: It is no secret that the Whitewaters are the ones who do the dirty deeds for the Choisi family and the Choisi Kingdom nobles. That is common knowledge. Before a Whitewater can do a 'task' for a noble or royal they undergo a bit of training that is for optimizing their darker deed skills. It could be anything from stealing a valuable item from someone to taking a life of someone. Outside the family, no one knows just what the Whitewaters will do for their 'training' but they do know if a person has succeeded since they can take on a 'task' from royalty or a noble.