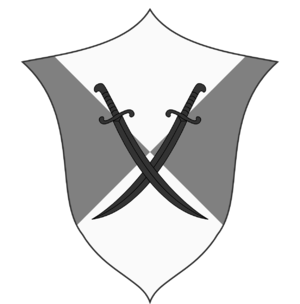 Motto: They say strength comes in numbers but the most skilled can take out a good portion of those numbers before going down. Consider that.

Story: The Westgrains are quite the militaristic family and their skill in combat is what earned them the title of Viscount. The majority of the family tends towards doing something combat orientated be it hunter, soldier, naval, or some kind of fighter. It is never a surprise to know that a Westgrain is a member of the military, especially if they are ranked. Viscount Thorsten is the second to rule Westgrain Viscounty.

Family Hook: All Westgrains specialize in some sort of weapon and learning how to stand tall and respect those of authority. Their days are often filled with training. They are militaristic people, after all, and for them the greatest failure is not to know how to fight and to disrespect authority. They come down hard on the family members who disobey orders given. Though, not being able to fight is considered a failure, they do understand that not everyone can be a person skilled in physical combat.