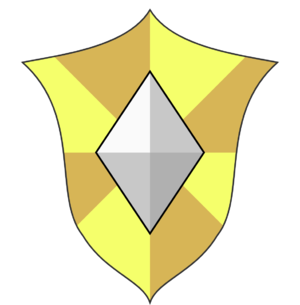 Coat of Arms: A large white diamond placed at the center.

Motto: Our enemies may howl like the wind but we stand strong against it.

Story: Mountainwinds are believed to be the first established MArch of Divinus but people are very unclear if they actually are since there was no declaration by Elena that they were. Outside them recalling their past it seems like they just fell into the role of being a March. They are treated as a March by everyone, including the royal family, so the general consensus is that they are a March. They are known to breed quite powerful fighters, though. Mountainwinds were established by Delilah Mountainwind at a rather old age when she and her spouse passed on of old age, Marchioness Xena Mountainwind, who married someone from the Chiffshield family, took over. She ruled until she felt now Marchioness Cassandra was old enough and ready enough to lead. Cassandra became Marchioness at 25, on her birthday.

Family Hook: Those from Mountainwind are powerful fighters that is understood. However it doesn't necessarily mean they are combat fighters. Social and Intellect fighters are also bred. Knowing where their 'combat' skills lie is very important to those of Mountainwind. This is because when they become an adult they are tested in their combat skills of choice. If they prove their worth the family is generally unwilling to marry them out and, in the worse case scenario, sometimes they won't let the person be treated like a proper adult until they win their 'test'. The person has to fail very badly for them not to be considered an adult by other Mountainwinds.