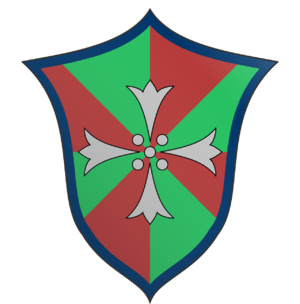 Each God has their own clergy and all the clergy do similar tasks as a part of the priesthood. Though they serve a specific God, it is not common for a member of the clergy to be completely devoted to one God, as ultimately they serve all the Gods they just have one they favor.

People can join the clergy at any age after becoming an adult. Whether they are married, divorced, widowed, Consorts, or single. However, there are some rules when joining the Clergy. Such as no landed noble, or their spouse and heir, can go beyond being an Acolyte, due to how much responsibility they have towards their lands. Commoners who are a Supporter, Matchmaker, Knight, Sage, or Baronet also can not go beyond being an Acolyte due to the fact their loyalty and duty is towards their positions rather than the Clergy.

They typically witness all contracts formed by the people of the kingdom (marriage, Consort, Supporter, Courtesan, etc) and sign off on them. They also handle any religious questions or matters that might come up, as they supposedly are closest to the Gods. The days of the Clergy is generally filled with training acolytes, holding public prayers, planning for holidays that honor the gods, listen to confessions, and any other religious matters they can think of. This does not mean all their time is devoted to serving the Gods, it is just their priority.

To make the division of duties easier the clergy does have a hierarchy. There are three positions in it: Archbishop/Archbishopess, Bishop/Bishopess, and Acolyte.

Courtesans are considered to be part of the clergy, as they are a part of the religious order. However, the main clergy rarely meddles in the matters of Courtesans and what they do. It is usually only by request from the Head Courtesan or if something is going very wrong with the Courtesans. Should the Archbishop(ess)s come to an impasse when a decision is being made the Head Courtesan is usually called in to be the deciding vote for them.

OOC: On matters of Courtesans as Clergy, the Archbishop/Bishopess has no power over how they do things except in extreme cases. While they are part of the clergy, they are their own unit.